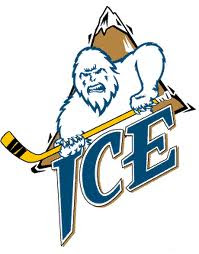 Former Nelson coach Simon Wheeldon wasn't away from the bench for long. He's accepted the job as head coach of the major midget Kootenay Ice for the upcoming season. Wheeldon spent 5 seasons with the Leafs, stepping down at the end of the 2009-10 season.

Wheeldon told me this afternoon he had to make a quick decision about whether to take the job because the team was within days of folding. He said it took a long time for a coach to finally be chosen, but stressed it wasn't due to a lack of qualified applicants, saying "it's a big commitment, they play 40 games a year and 20 of those games on the road, and the nearest road trip is to the Okanagan."

He takes over from Brent Petrick, who guided the club to a franchise-record 11 wins last season. Wheeldon's son Adam was a member of that squad as well, scoring 6 points (1-5) as a 15 year-old.

Stay tuned to Mountain FM's Overtime and this blog for the full interview.

Bits & Bites: Ridernews has the latest on a couple of trades involving the Fernie Ghostriders, including one involving Trail native Jamie Vlanich, who's been moved from Golden to the Elk Valley. Vlanich had 24 points (7-17) and represented the Rockets in the KIJHL All-Star Game last year. They also picked up forward Mason Spear from Kimberley to complete an earlier trade.
Posted by Chris Wahl at 4:11 PM