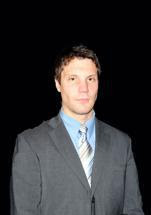 Nelson Leafs head coach and GM Chris Shaw is back in the BCHL as an assistant coach with the Vernon Vipers. The Vernon Morning Star came out with this piece on the deal this afternoon.

Shaw will serve under new Vipers bench boss Jason Williamson, and as the article states, the pair played both against each other in the BCHL, but were also recruited together to Niagara University (NCAA Div. I).

In his one season in Nelson, Shaw's Leafs went 25-22-0-3, finishing third in the Neil Murdoch division before pushing Beaver Valley to seven games in the opening round of the KIJHL playoffs. He's also been an assistant with the Penticton Lakers and BCHL Alberni Valley Bulldogs (for whom he also played during the franchise's tenure in Burnaby).

Stay tuned to 103.5 the Bridge and Mountain FM through the day tomorrow for audio reaction from Shaw and Leafs president Russell Stocks. I'll have the tape up here in short order.

Congrats Chris, and we'll see you at the Cominco Arena this winter I'm sure.
Posted by Chris Wahl at 4:35 PM