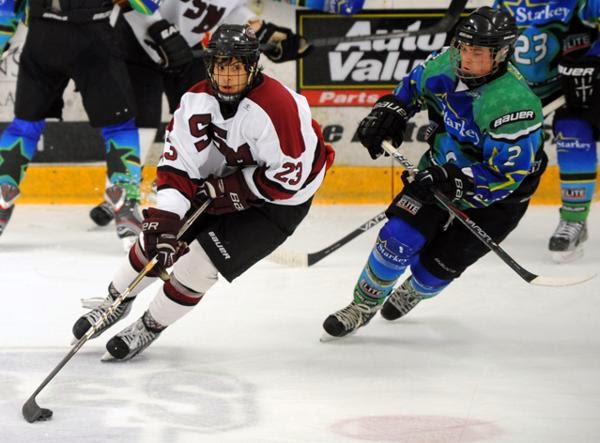 The Eagles announced a pair of new recruits Monday, with forwards Alex Rodriguez (95) and Sean Harrison (96) set to join the club next season from the prestigious Shattuck St. Mary's school in Minnesota. The high-flying forwards will add plenty of speed, and plenty of pop to a returning core that already looks pretty tantalizing. 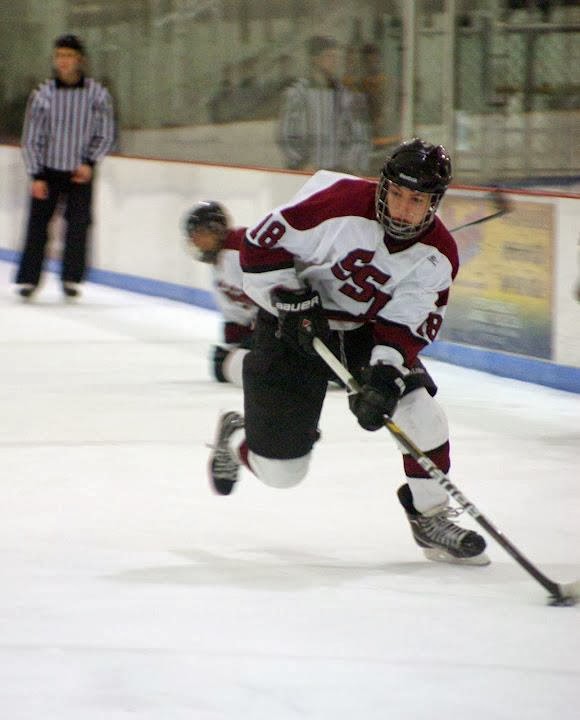 Welcome to the Nest fellas!

The full media release from the team follows:

SURREY -- The Surrey Eagles are pleased to announce the commitments of a pair of forwards from the prestigious Shattuck St. Mary’s high-school program in Minnesota.

This past September, Rodriguez was rated a “B” skater in the NHL Central Scouting Preliminary Ones to Watch listing.

I'm very excited to be joining the Surrey Eagles for 2014-2015, from what I have heard it is a great organization, and it's going to be the place I want to be at to excel and make it to the next level,” said Rodriguez.

“Coach Schaefer has had a lot of success as a player and I think he's going help me develop as a player and as a teammate. It's also great to know I'll be coming in with a fellow Sabre in Sean Harrison. I look forward to meeting all of the staff, players, and fans of the Eagles organization,” Rodriguez added.

“This past November, I had the opportunity to meet with the Surrey coaches and Coach Schaefer encouraged me to take my time with my decision, but I pretty much made my decision that evening” said Harrison. “The BCHL is exciting and fast. I need to ensure my off season preparation this summer allows me to show up at the Surrey camp ready to contribute.”

“Being born and raised in Alaska makes this opportunity to come to British Columbia that much sweeter as it reminds me a lot of home. I love the big ice at the South Surrey Arena as it definitely plays to the strength of my game,” Harrison added.

“We’re really looking forward to adding these two high-end players to our lineup next season,” said Eagles head coach/general manager Peter Schaefer. “Both Alex and Sean have enjoyed a lot of success at the high-school level and will bring a high-energy, exciting style of play to our club next year.”

Your Eagles return home Saturday, February 8th at 7:00 pm to host the Penticton Vees at South Surrey Arena. Proceeds from ticket sales and the 50/50 will be donated to the Paskall Family Trust, with pre-game festivities and a minor hockey showcase featuring players from Surrey, Semiahmoo and Cloverdale Minor Hockey also part of the night’s events. For ticket information, contact the Eagles office at 604-531-GOAL (4625) or select your seats online at www.surreyeagles.ca
Posted by Chris Wahl at 11:04 AM